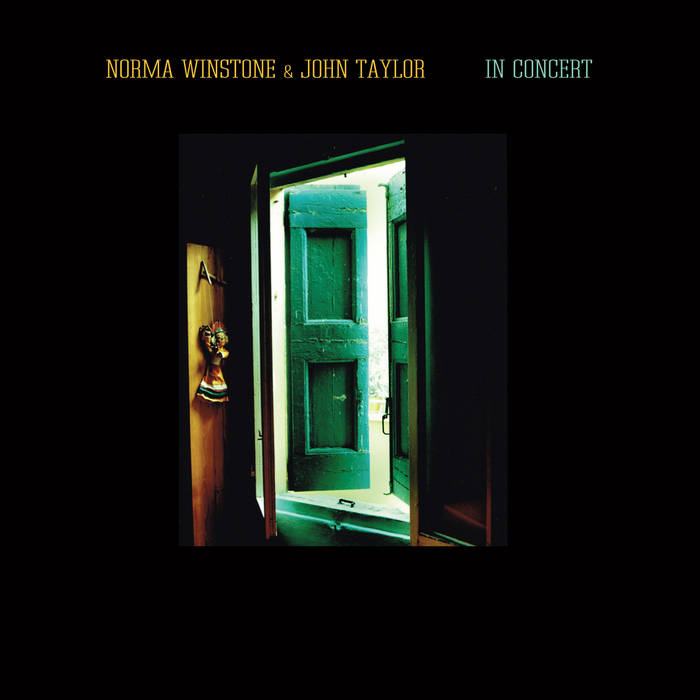 The incredible relationship between legendary British musicians Norma Winstone and John Taylor has been admired for nearly five decades. The vocalist and pianist have been inextricably linked from their early avant-garde work from the late 1960s through their gorgeous work with Kenny Wheeler and Azymuth.

The couple was also well documented in duo performance; their affinity for each other and their unique abilities are easily comprehended. Winstone and Taylor’s In Concert is a remastered reissue of Enodoc Records’ 1999 cassette tape release of a fascinating 1988 duo concert. Four years after the pianist’s passing, this recording will remind listeners of the wonderful interplay and feel between Taylor and Winstone.

The performance presented on In Concert documents a quickly assembled concert that coincided with the culmination of Winstone and Taylor’s teaching residency at the Guildhall Music School in London in August 1988. Though they didn’t have time to put together an ensemble or theme, the two were able to provide the listeners, including many of their students, with a wonderfully diverse and masterful performance.

The program that the two selected contained some wonderful standards and a handful of pieces composed by their contemporaries, all recorded by engineer Dave Foister.

The set begins with Leonard Bernstein’s “Lucky To Be Me” from the 1944 musical, On The Town, in a subtle interpretation with Winstone really invigorating Comden and Green’s uplifting lyrics. Steve Swallow’s mysterious “Ladies In Mercedes” follows with its shifting keys and winding melody, with lyrics provided by Winstone. The vocalist also provides lyrics for Egberto Gismonti’s wistful “Cafe,” which is gorgeously interpreted by Taylor. The duo then plays Ralph Towner’s quietly upbeat “The Glide,” which is followed by Dave Brubeck’s chestnut, “In Your Own Sweet Way,” featuring the duo’s most dynamic improvisational moments.

Thelonious Monk and Cootie Williams’s “Round About Midnight” is dramatically yet coolly rendered until Hampton, Burke and Mercer’s “Midnight Sun” breaks out in a mellow burst. Taylor’s energetic “Coffee Time” uses a samba beat, Winstone’s wordless vocals and audience participation to reach a peak in the performance. The program ends with Ralph Towner’s “Celeste,” a gorgeously quiet ballad with lyrics written by Winstone.

Norma Winstone and John Taylor’s impromptu performance on In Concert demonstrates the marvelous connection between these astounding star-crossed musicians.

Bandcamp Daily  your guide to the world of Bandcamp